The Tarot Garden: A park of wonders in the heart of the Maremma 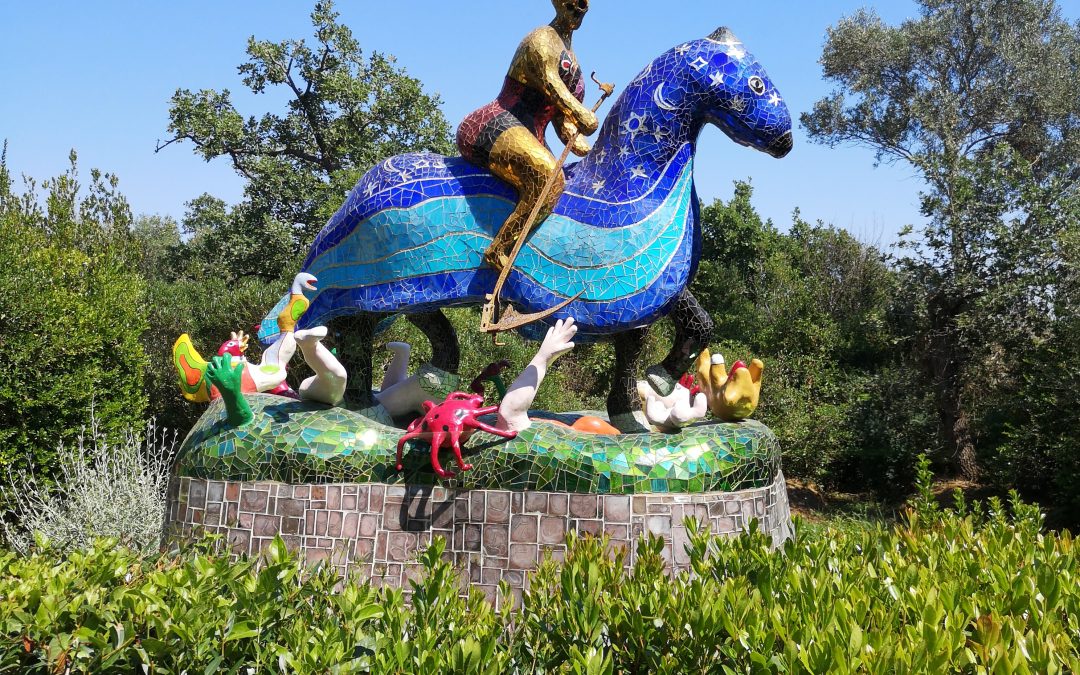 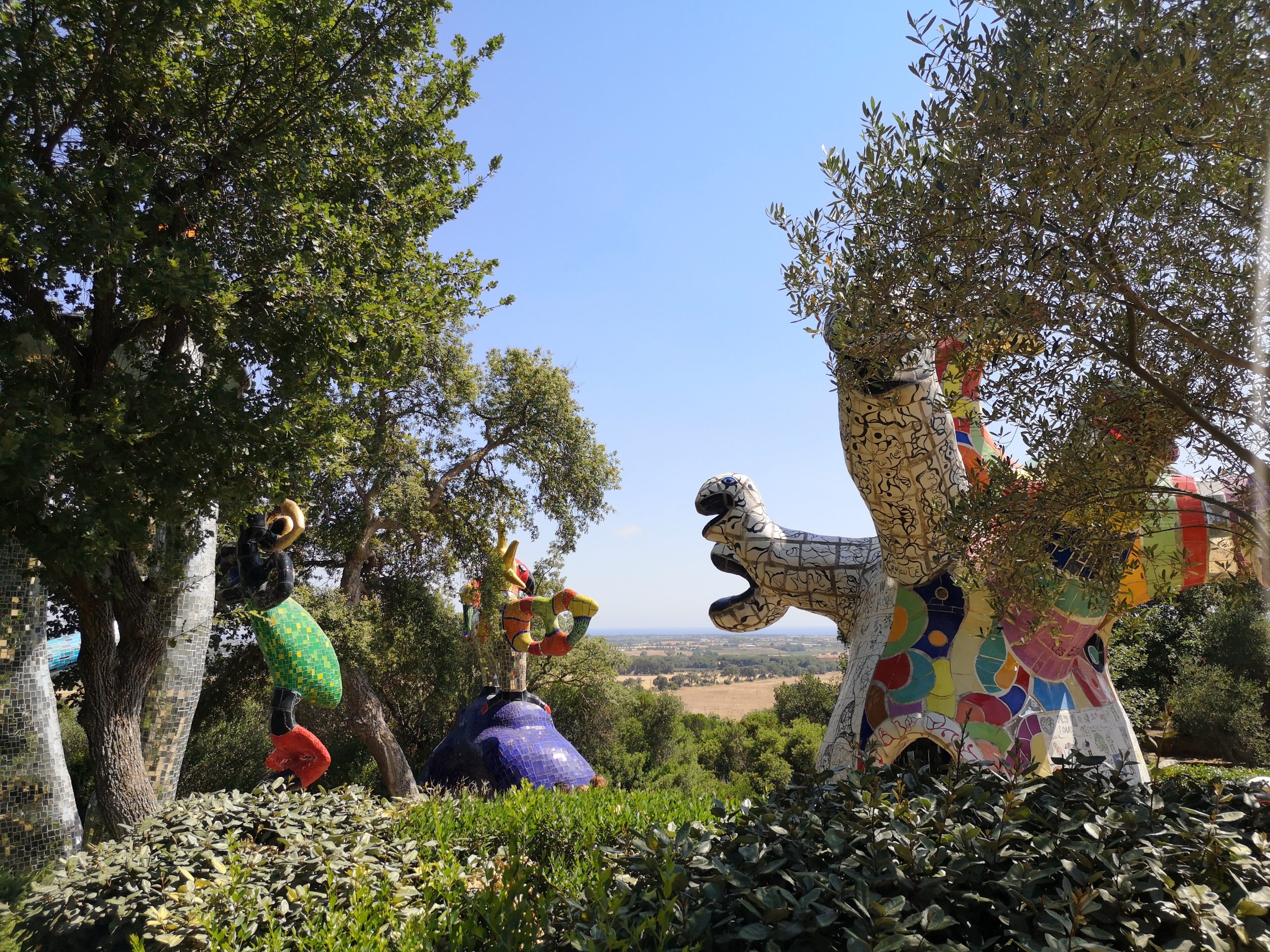 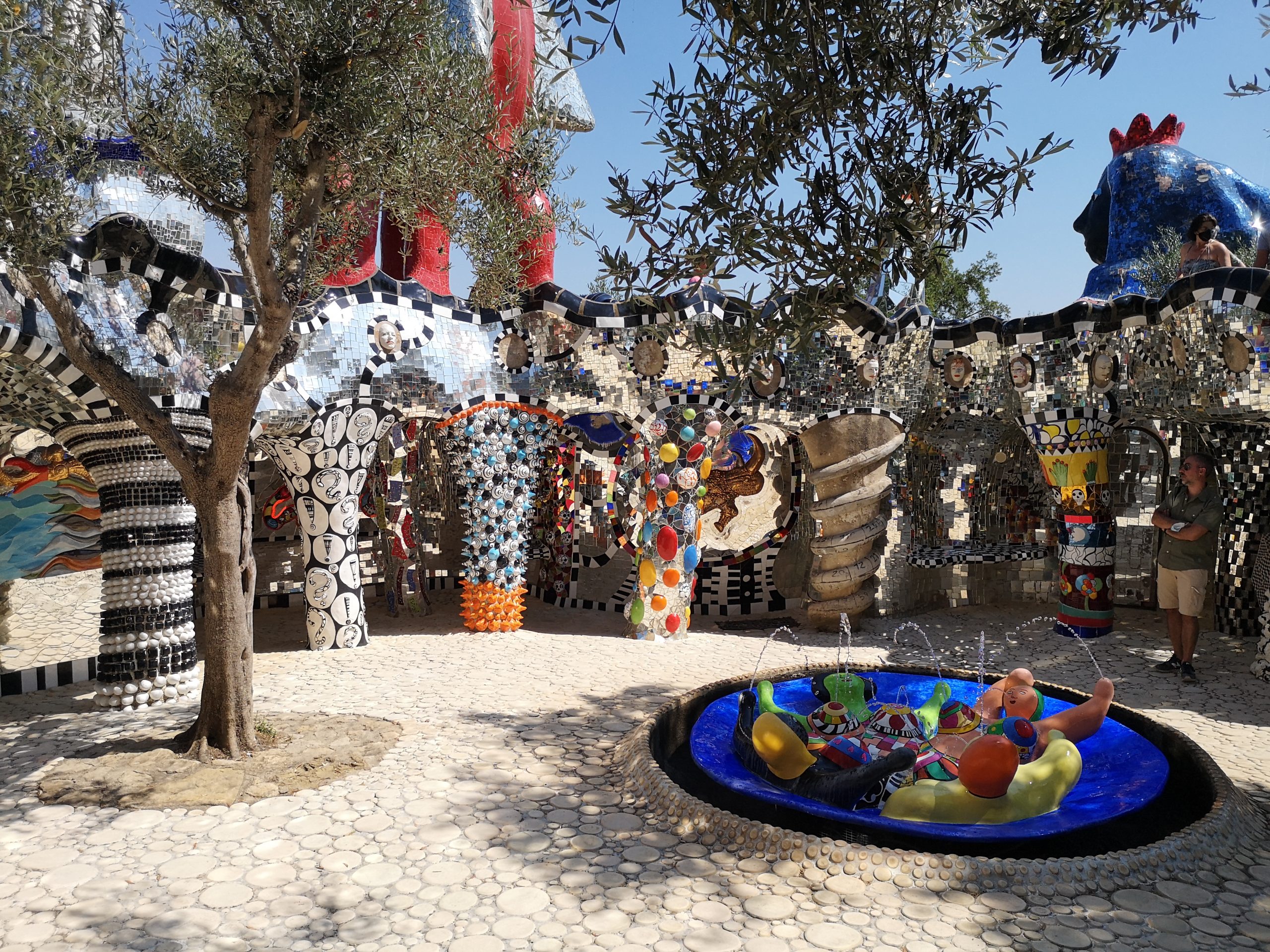 Do you know here in Italy extraordinary places beyond all imagination? Today we take you to the discovery of Tarot Garden, a artistic park, a place of wonders, completely surrounded by olive groves and unspoiled nature. A real open-air museum in the heart of Tuscan Maremma where man, art and nature come together in unison, creating something extraordinary.

Do you know here in Italy extraordinary places beyond all imagination? Today we take you to the discovery of Tarot Garden, a artistic park, a place of wonders, completely surrounded by olive groves and unspoiled nature. A real open-air museum in the heart of Tuscan Maremma where man, art and nature come together in unison, creating something extraordinary. 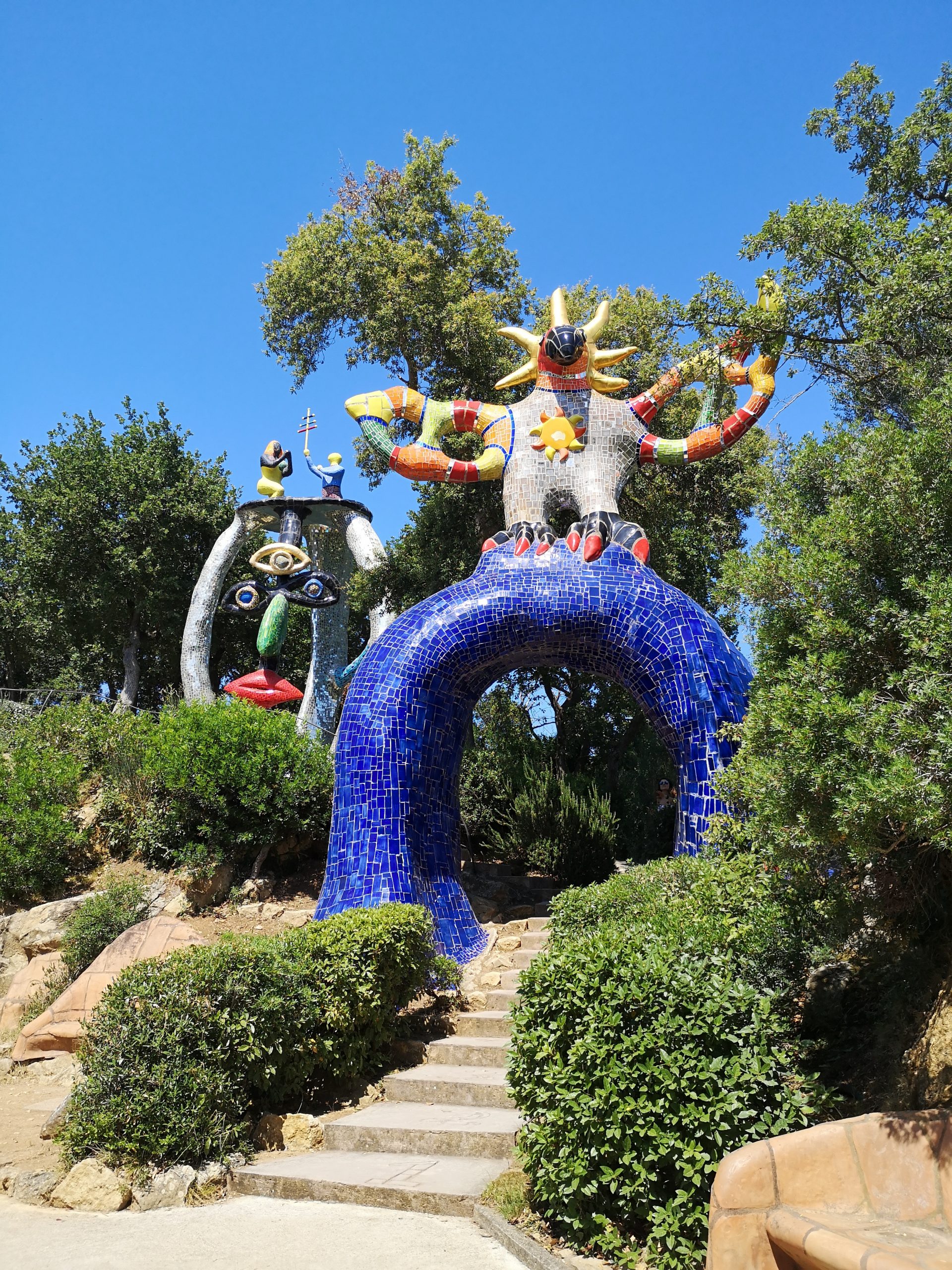 Located in Garavicchio locality, near Pescia Fiorentina, a municipal fraction of Capalbio (GR), was created by the Franco-American artist Niki De Saint Phalle, in the second half of the last century. the Garden consists of 22 impressive and colorful sculptures depicting the Arcana of the Tarot, all covered with glass, mirrors, colored ceramics that are very reminiscent of the Parc Guell by Antoni Gaudi in Barcelona, which in fact the artist was inspired by. It is a real explosion of color that leaves the visitor breathless, a park of exceptional charm, unique in the world, one of the most important examples of environmental art in Italy in which the sculptures "dialogue" perfectly with nature.

The artist took seventeen years to complete the Garden, which represents the realization of his great dream, and involved great contemporary artists for its realization.

A BIT OF HISTORY AND CURIOSITIES

Being in an isolated place, immersed in the unspoiled nature of the Tuscan Maremma. to follow all the works, the artist has created his house here. Where is it? In the Sphinx, the largest sculpture that you immediately see as soon as you enter the splendid park. A psychedelic space entirely covered with fragments of mirrors and ceramics, an indescribable place in words for its particularity and originality.

For the realization of the work the artist involved great names in contemporary art such as Rico Weber, Sepp Imhof, Paul Wiedmer, Dok van Winsen, Pierre Marie and Isabelle Le Jeune, Alan Davie, Marino Karella and also her husband Jean Tinguely, who passed away in 1991.

The Tarot Garden was completed in the summer of 1996 and alone in 1998 it was opened to the public. Everything was self-financed by the artist (it is said that the cost is around 10 billion old lire) and, not satisfied, he also created the Il Giardino dei Tarocchi Foundation with the aim of preserving and maintaining the work created by the sculptress. . An extraordinary gesture by the artist who gave us all a magical place for free to feel a little like Alice in Wonderland.

The Tarot Garden is open every day from 2.30pm to 7.30pm. The full ticket costs 12 euros (+2 presale), while that reduced has a cost of 7 euros. For more information visit the official website www.ilgiardinodeitarocchi.it or call 0564 895122. The address is Str. Garavicchio, 2, 58011 Pescia Fiorentina GR.

Have you ever been there? Do you know other similar crazy places here in Italy? 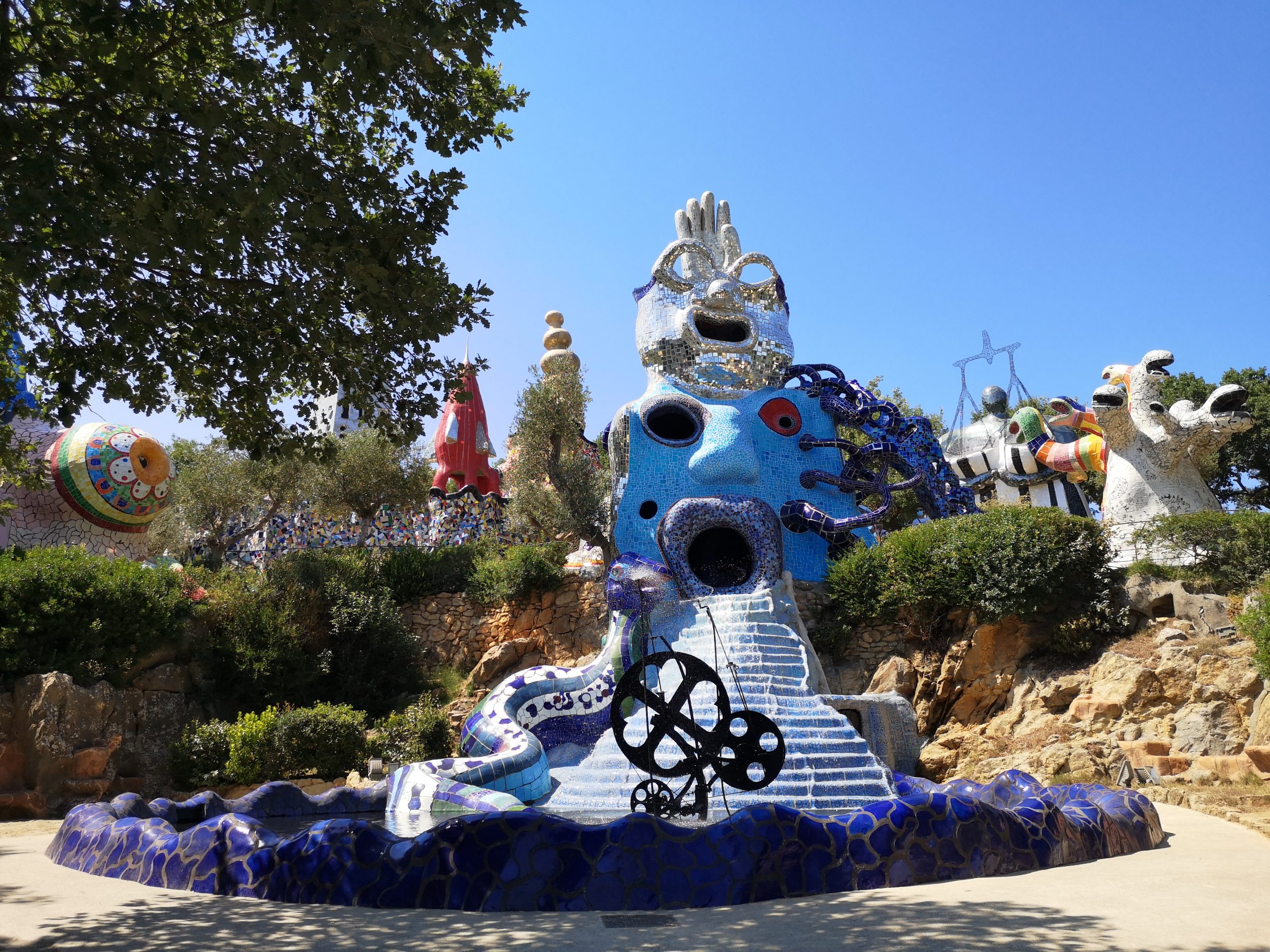 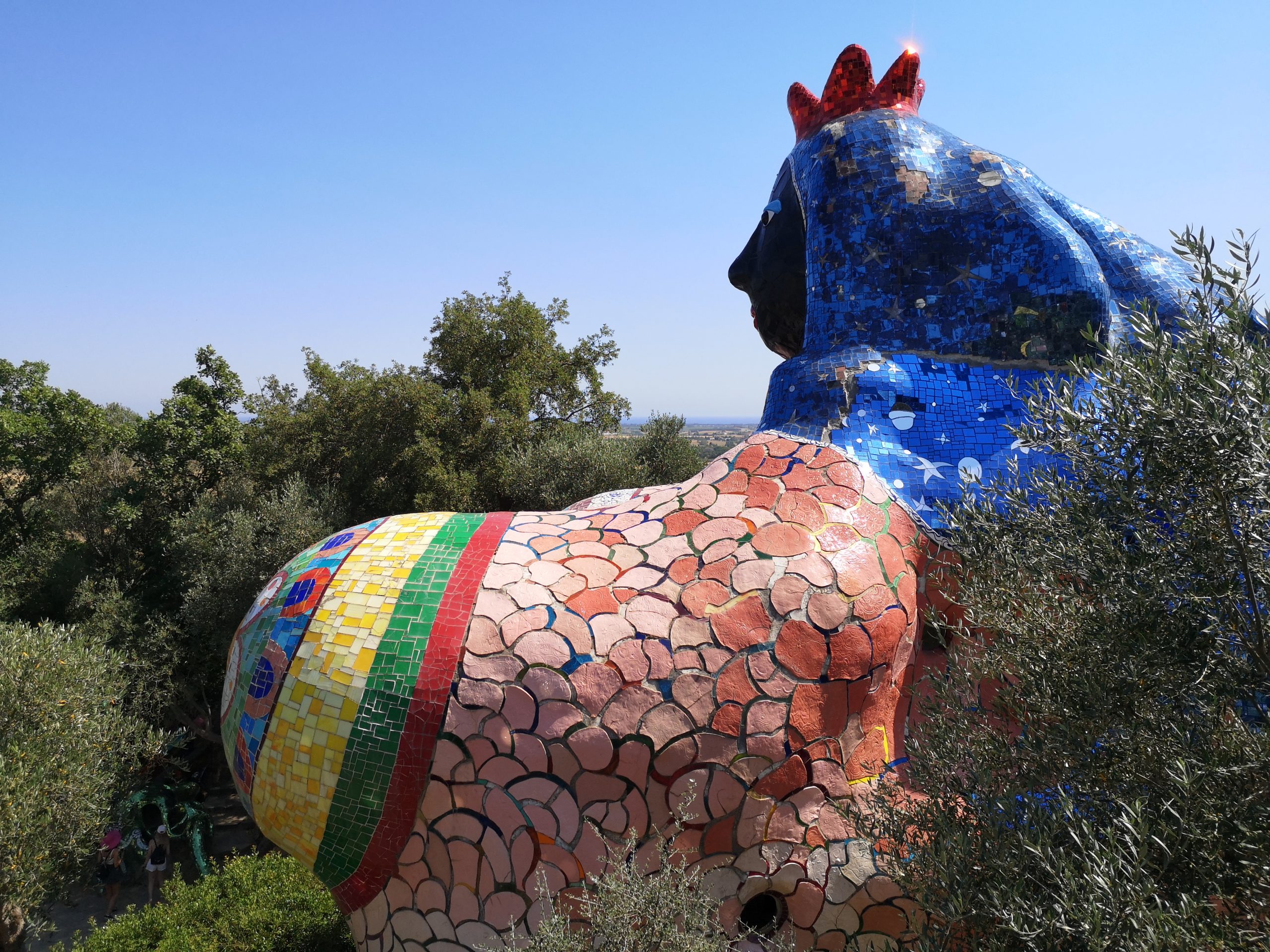 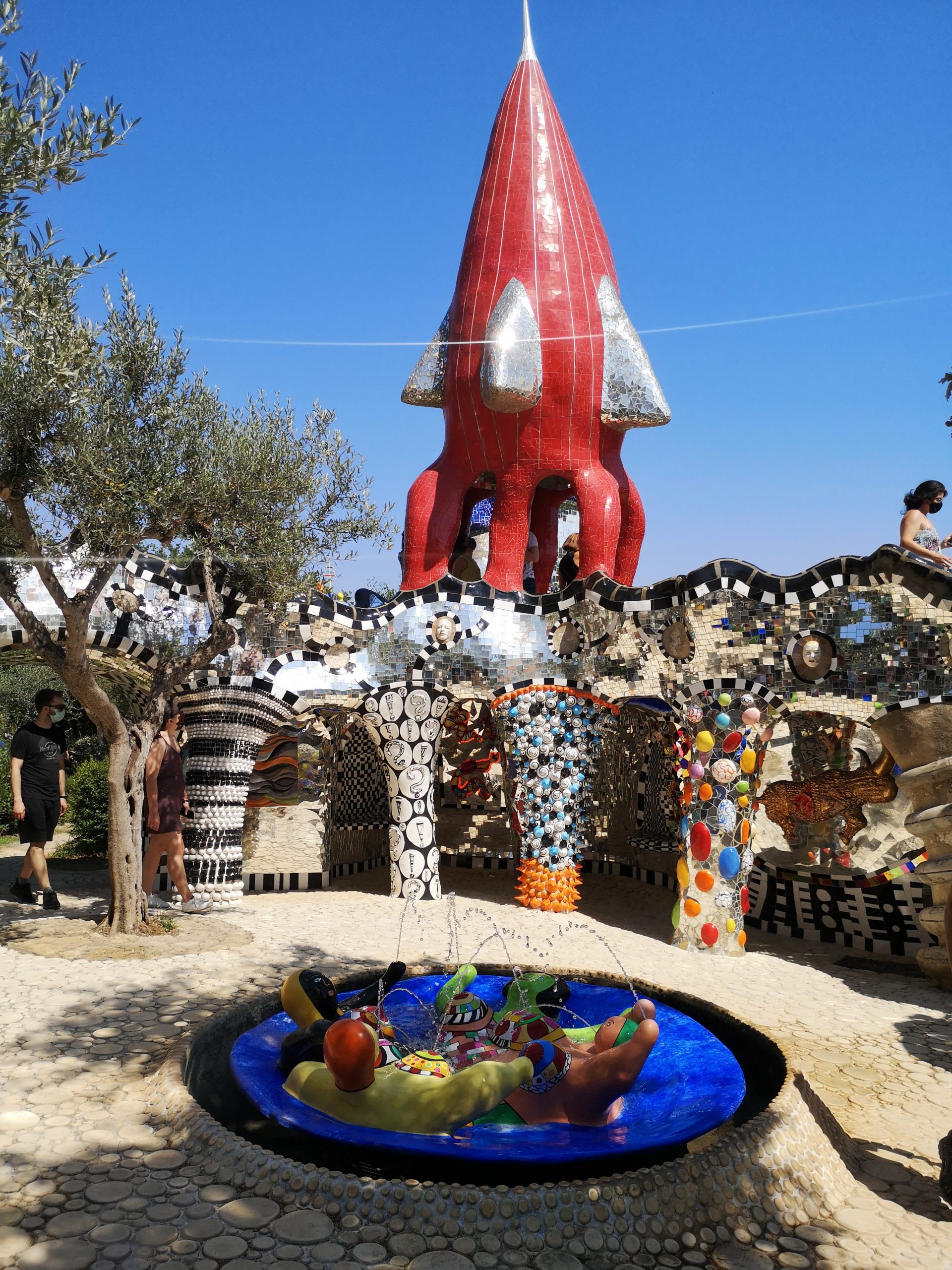 Do you want to stay updated?

You can find out more about which cookies we are using or disable them in settings.

This website uses cookies so that we can provide you with the best user experience possible. Cookie information is stored in your browser and performs functions such as recognising you when you return to our website and helping our team to understand which sections of the website you find most interesting and useful.

Strictly Necessary Cookie should be enabled at all times so that we can save your preferences for cookie settings.

If you disable this cookie, we will not be able to save your preferences. This means that every time you visit this website you will need to enable or disable cookies again.